Jan 31, 2018
Liz Winter
As we release the second half of Essentials, Logic of English is introducing a new basic phonogram! Learn all about it, and download a free lesson. 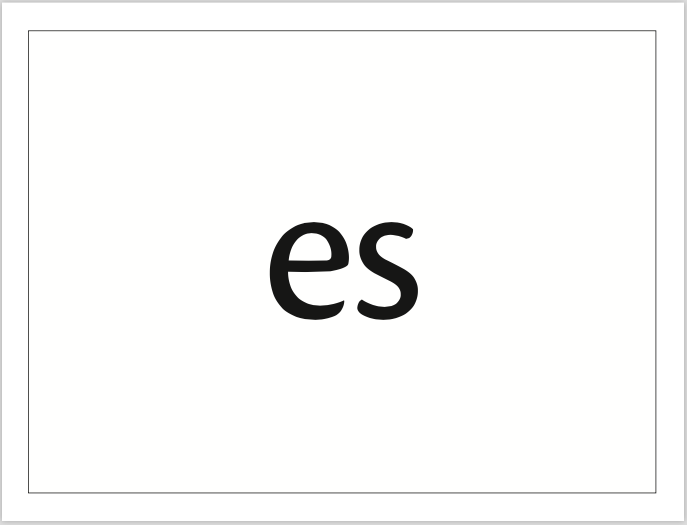 On the one hand, this phonogram will already look familiar to Logic of English students. Many of them will have learned about the suffix -ES, introduced in Spelling Rules 21 and 22:

Spelling Rule 21: To make a noun plural, add the ending -S, unless the word hisses or changes; then add -ES.
Some nouns have no change or an irregular spelling.

Spelling Rule 22: To make a verb 3rd person singular, add the ending -S, unless the word hisses or changes; then add -ES.
Only four verbs are irregular.

However, up until now we haven't explicitly taught students about the two sounds that ES can make in these contexts, and how these letters interact with the other phonograms in the word.

It's also a Phonogram!

As Denise was working on revising the second half of Essentials for the second edition, she began to notice some things about how the suffix -ES works. As we studied the patterns together, our team concluded that this would be most clearly explained as its own multi-letter phonogram, since it has two distinct sounds that it makes when serving as a plural or third person ending:

What is a
Phonogram?

This new phonogram ES is similar to the past tense ending ED, /ed-d-t/, in that it is a phonogram that is only used as a suffix. When we find E+D within a word, like red, the single-letter phonograms E and D say their sounds individually; in other words, they don't form a multi-letter phonogram. However, it's helpful for students to understand that as a suffix, the phonogram ED has some additional sounds it can make: /d/ as in played and /t/ as in stopped.

Similarly, understanding the sounds that ES can make as a suffix helps clarify the relationship between spelling and pronunciation in related words like fly and flies, and candy and candies, where the Y changes to I and then we add the ending -ES ("unless the word hisses or changes").

A free lesson for teaching ES 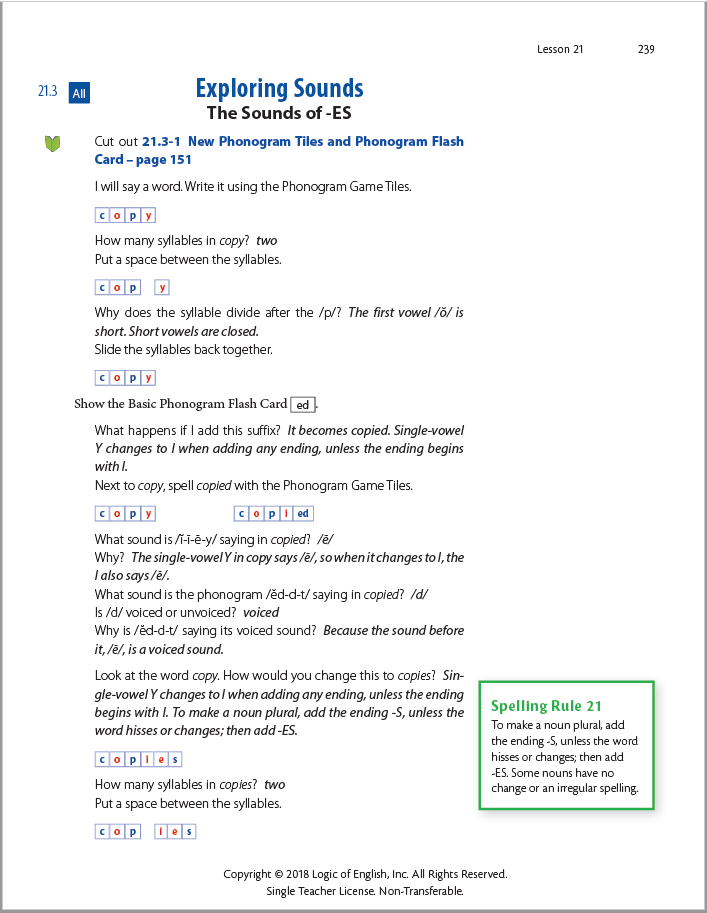 If you are using Essentials 2nd edition, you and your students will learn all about this new phonogram when you get to Lesson 21. The workbook page for this lesson includes a phonogram flashcard that you can cut out and add to your set if yours doesn't have it. (We'll also be including this phonogram in future printings of our Basic Phonogram Flash Cards and Phonogram Game Tiles, starting this spring).

If you're teaching the 1st edition of Foundations C or using the 1st (2012) edition of Essentials, you don't have to teach the suffix -ES as a phonogram—but we think you might want to! Download this PDF to teach this free lesson from Essentials and print out your own ES phonogram card and game tiles.

When should I teach ES?

Foundations
In Foundations C, if you have a 1st edition teacher's manual, teach the phonogram ES when you introduce adding the suffix -ES to make words plural (Lesson 94). Explain that the suffix -ES is a phonogram and that its sounds are /ĕz-z/. The Foundations C Teacher's Manual 2nd edition (published in May 2018) includes ES in Lesson 94.
In Foundations D, when you teach about single-vowel Y changing to I before adding -ES, in Lesson 142, refer to -ES as a phonogram as well as a suffix. You can then incorporate more information about how this suffix works from the PDF lesson above, in Lesson 142 or when practicing this concept in Lesson 143.

Essentials 1st edition
If you are using the 2012 edition of Essentials, introduce the phonogram ES in Lesson 6. Explore its use in the section about adding -ES after words that hiss in Lesson 6, Part 3. Teach the full PDF lesson above in Lesson 23, Part 3, when exploring how Y changes to I before suffixes.