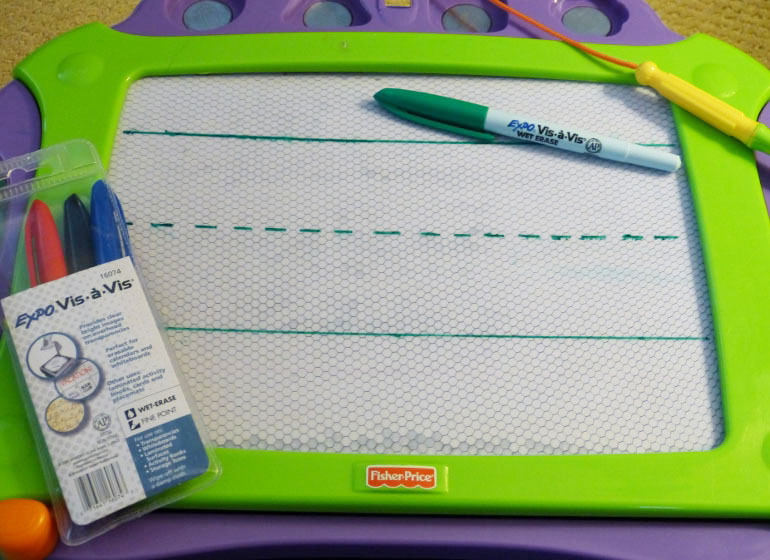 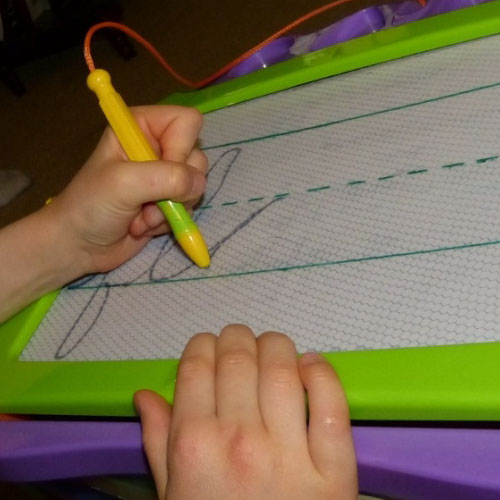 A Guest Blog from Mom and LOE user MaryEllen Beattie:

As a left-handed mom, it was bringing back bad memories of my school days as I watched my left-handed daughter write. She was struggling to hover over the whiteboard in an attempt to not smear the marker with her hand. I could feel her frustration at not being able to form her letters neatly from that position.

I am not sure why it took me so long to realize that I was literally tripping over the solution. Right in the middle of the living room floor (where my kids seem to think it belongs) was a magnetic drawing board. At first I tried drawing the lines on it with the magnetic pencil before she wrote a word, but every time she erased the word, sigh, I had to draw the lines again.

Finally it occurred to me to try making the lines with a wet-erase marker. As long as hands are dry and no one is spitting, it works like a charm. Wet-erase markers allow me to move the guidelines closer together as her writing improves, or, remove them altogether. We also like to draw lines for a music staff on the board and let the kids practice placing their notes. If you want the lines on the board forever, permanent markers would be an option. I have been told that on plastic surfaces, alcohol will remove permanent marker, but I didn't have the nerve to try it.

At first I was in trouble when she found me writing on the magnetic board with a marker (after all, hadn't I told them to ONLY use the magnetic pencil?!), but after a little explaining, we got the lines drawn.

I was so pleased to see her be able to rest her hand on the board as she formed her letters! 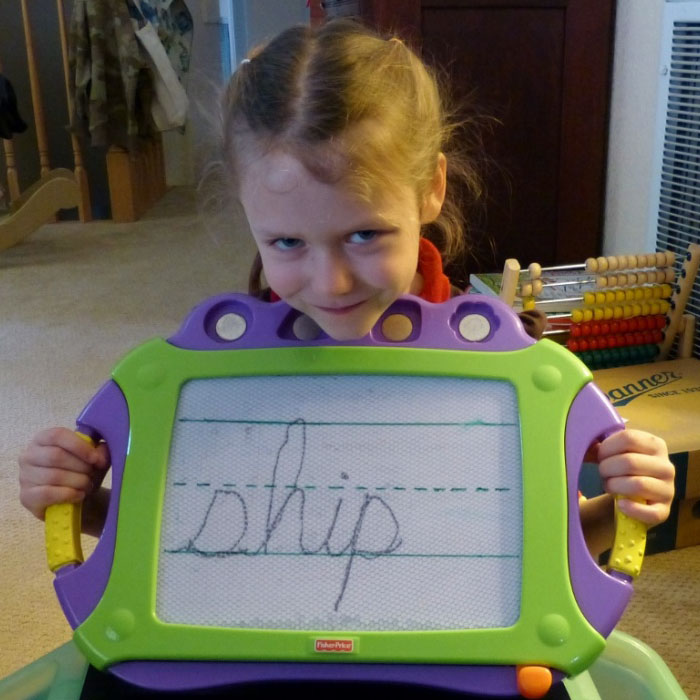