What is the difference between a loan word and an English word with foreign roots?

Logic of English Spelling Rules 3, 7, and 16 include the phrase "English words." People sometimes wonder, as they first learn these spelling rules: How we are categorizing a word as English or foreign?

For example, we recently received an email with this question: 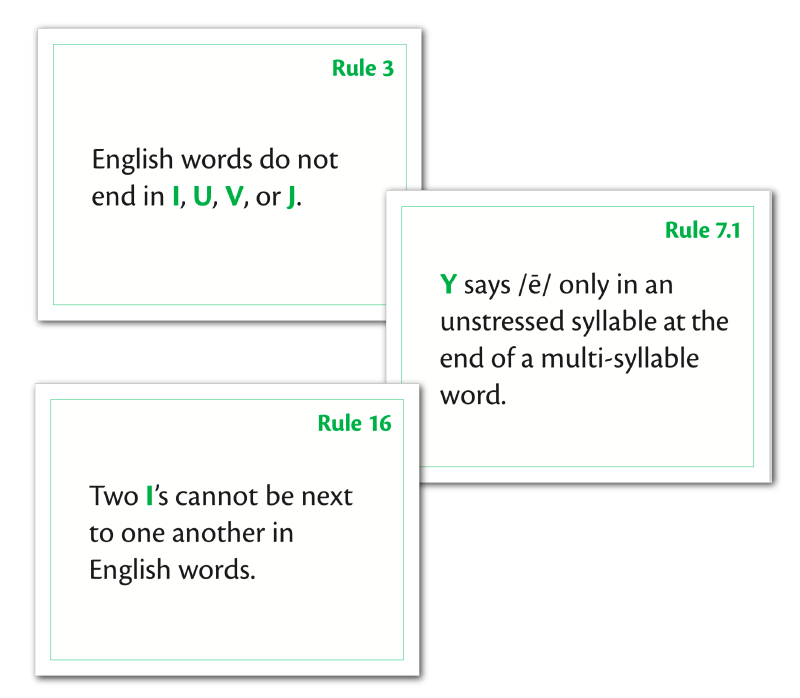 What criteria do you use to decide whether a word is English or foreign? Is a word counted as "English" for the purposes of the rule only if its etymology shows that it came to us through Old or Middle English? That would be a small slice of the English language, wouldn't it?

This is an excellent question!

If we were considering only words that derived directly from Old or Middle English or were coined in modern English, that would be under half of English words. But that is not actually the distinction we are making when we talk about foreign words and English words.

Many, many English words have origins in other languages. But these can be divided into two categories:

1) Loan words. These are words taken directly from another language and used in English as-is.

It is the first group we mean when we talk about "foreign words." English has many loan words, and we continue to add more. However, as an overall percentage of our language, the words that are true loan words in this sense are a much smaller group than the second category: words with roots from other languages that formed as new words in English.

We use the term loan words to describe words that English speakers have taken directly from another language and simply started using "on loan." These words will often be recognized as foreign, at least initially, by English speakers who use or hear them; many English speakers today, for example, are aware that tofu is a Japanese word, or that hors d'oeuvre is a French term. However, some loan words also become naturalized into English speech. Over time many loan words become so common that we don't think of them as foreign anymore and may not even realize they are loan words.

Some examples of loan words:

Unlike English words with roots from another language, which we'll discuss in a moment, loan words usually follow the spelling of their language of origin. (Some languages, such as Arabic, Greek, or Japanese, don't use our alphabet; 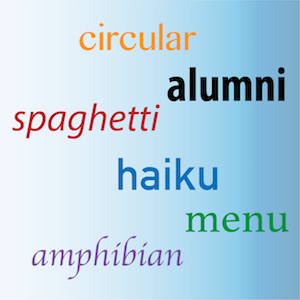 loan words from these languages usually follow established patterns for transliterating that language's sounds into English.) So their spellings may not follow the rules that govern the spelling of English words.

It makes sense that we spell them this way, because often they were initially used in English as foreign words that were identifiably new and different. This is common in English; while some languages change the spelling of a loan word to match their phonograms when it is added to their vocabulary, in English the spelling from the language of origin is often retained. This is one of the blessings — and challenges — of the expansive, democratic, and multicultural nature of our language!

These are the words that were formed (at least in their current English form) in English using at least one root from another language. There are a lot of them!

Let's consider Latin, for starters. About 90% of multi-syllable English words have Latin roots. However, most of these multi-syllable words are not actually Latin words; they are English words derived from Latin. In other words, they were created using a previously existing Latin morpheme.

Similarly, we have many thousands of words with Greek roots, including much of our technical vocabulary. But the number of terms we use that are actual Greek words is much smaller.

For example: Each of the following English words is derived, either directly or by way of another language such as French, from Latin. However, none of these is actually a Latin word. The related Latin terms from which they are derived are 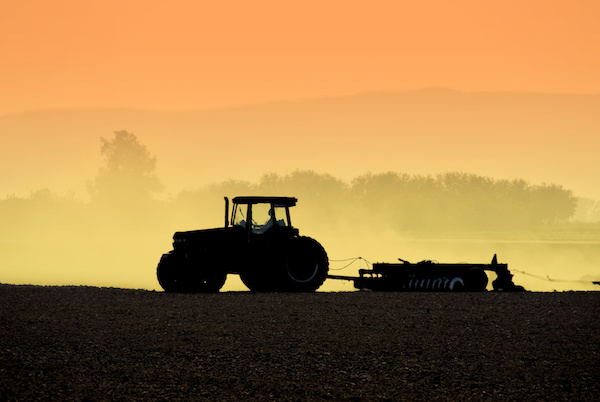 listed next to them for comparison.

are not found in Greek. They are not Greek words themselves. However, they are derived from the Greek words bios, logos, psukhē, sōma, philē, anthropos, mustērion, and arithmetikē. The English speakers who coined these words in centuries past knew these Greek words and their meanings, and they used them as the roots of new terms in English.

In Logic of English spelling rules, if a rule specifies that the pattern applies to English words, it means all the words in this category, as well as any other words that developed in English (such as words that derive from Middle English and Old English, and words invented in modern English).

How does this relate to the LOE Spelling Rules? 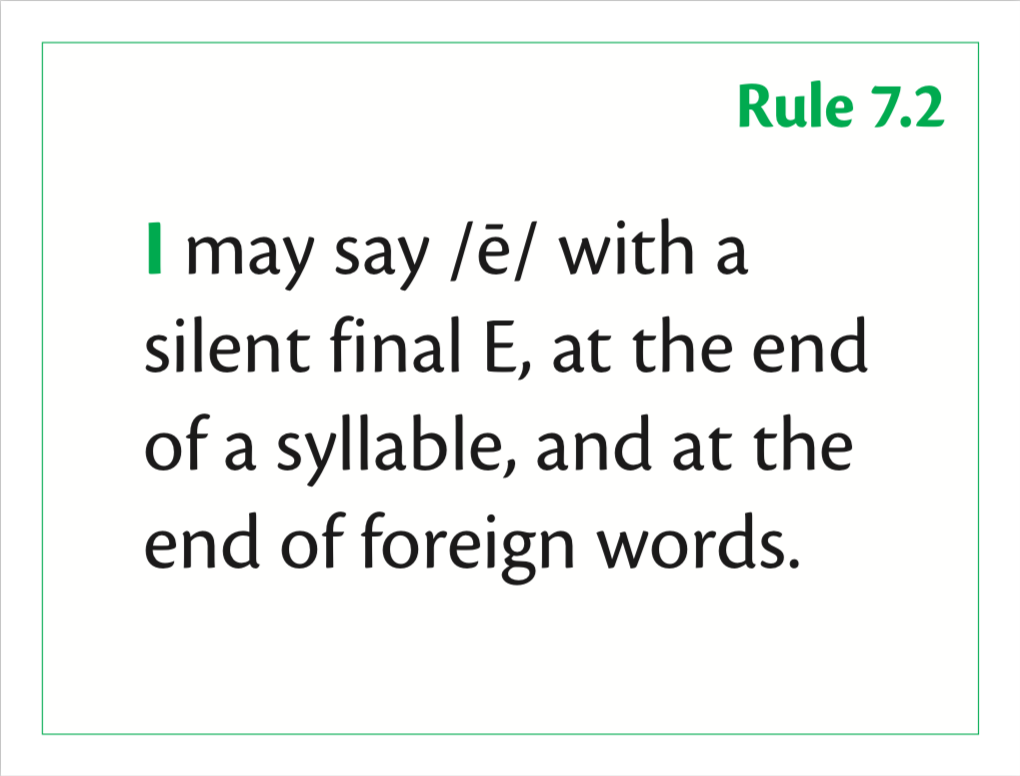 Often, when some part of the spelling of a loan word differs from English patterns, it helps call our attention to the fact that a word may have been borrowed from a different language and culture. For example, since we know that English words do not end in I, U, V, or J (Rule 3), and that one of the places I may say /ē/ is at the end of foreign words (Rule 7), a student who reads an unfamiliar word that ends with I can make an educated guess that a) it is likely a foreign loan word and b) the I may be saying /ē/. 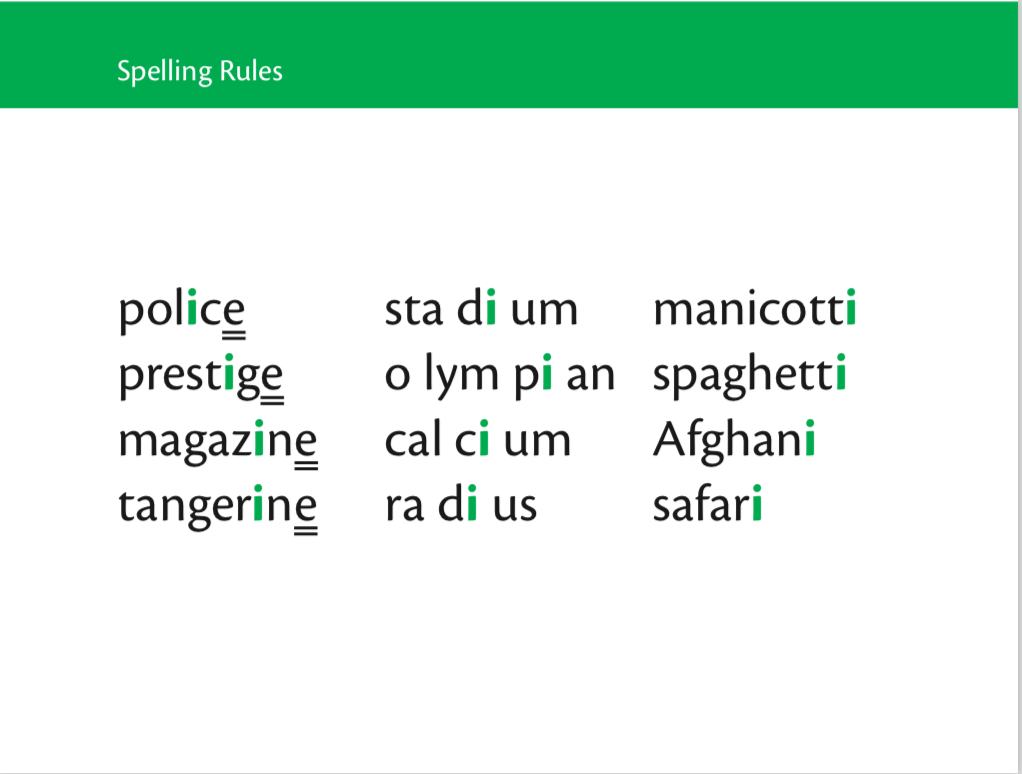 It's important to note that loan words often do follow the spelling rules and phonograms taught in Logic of English! Not all loan words will stand out as foreign on the basis of their spelling. Since the English spelling system has roots in other languages, even words that are loan words often follow the same rules and use identical or similar phonogram sounds. But since other languages' spelling patterns also differ from those in English spelling, there will also be differences in some loan words.

So in Logic of English spelling rules 3, 7, and 16, the limitation "English words" highlights that loan words often do not follow these particular patterns.

Some words are tough to categorize

There are admittedly some gray areas. For example, Circus is also an English word, although it doesn't mean the same thing in English as it did in Latin. So would you say that our English-speaking forebears borrowed the Latin word directly, or borrowed it and used it to make a new English word with a new meaning but the same spelling?

The best way to check the origin of a word: Look it up in a good dictionary!