Why I teach the Logic of English to my EFL students

The Logic of English team is often asked about whether LOE curriculum is helpful for English language learners. As an EFL teacher, I have thought about this question a lot.

I know I am not alone when I say that the purpose of grammar suddenly became much, much more relevant to me when I first started learning a second language. Not that grammar isn't important for first language learners – but for second language learners, it's vital. It's a key that opens a door, and without it, I couldn't have gotten past the doormat. It's true that I have friends who just seemed to be able to “pick up” on a second language without analyzing it at all, but even for them, learning the language's grammar system helped them improve significantly. 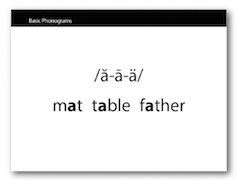 In many ways, learning the written system of a language (that is, how sounds are represented by letters, or spelling) is a bit like learning another language. It's got a system that functions in ways that are unique to its written form, and it cannot just be “absorbed” in the way a mother tongue is absorbed; the system must be studied consciously and intentionally to be learned and understood. 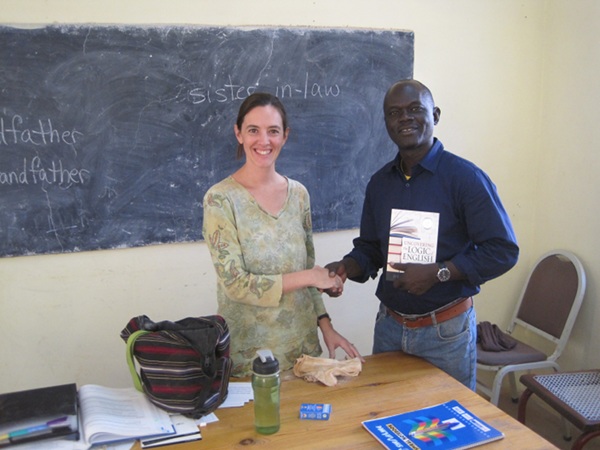 For English as second/foreign language (ESL/EFL) learners, the spelling system of their target language is one of the most complex on Earth (if not the most), and the vocabulary is one of the largest. Learning the rules that govern that system, then, unlocks crucial doors into this language. And yet, I have yet to encounter an ESL/EFL curriculum that even addresses English spelling at all!

Why is this? Why is English spelling considered “assumed” knowledge, when learners come from other languages that have different spelling systems, or – more challenging still – languages that use totally different alphabets or writing systems altogether?

In all of my English teaching to speakers of other languages, whenever I have introduced the rules and phonograms that explain the spelling of 98% of English words, the students have been astonished to learn that such a system exists. When I show them the phonograms, it is like a new light dawning on their faces.

"...Whenever I have introduced the rules and phonograms that explain the spelling of 98% of English words, the students have been astonished to learn that such a system exists."

When I teach them explicitly about individual sounds, and the relationships between those sounds and the phonograms that represent them, they begin to see new clarity in both English spelling and English pronunciation. When I introduce the “Silent E,” they tell me they have never heard of such a thing before, let alone the most common reason for it (the E makes the vowel say its name) or any of the other eight reasons. Then they ask me things like, “Why were we never taught these things before?” and “Why do Westerners keep this knowledge secret from us?” I always laugh, and tell them that most Westerners don't know about these rules either, and they look at me like I'm insane. “Why not?!?”

English is a difficult language as it is, but expecting its learners to just “pick up on” such an enormous part of a language as spelling is both ridiculous and unfair. I am convinced that helping English language learners understand how English spelling works is a vital key that has long been missing from most foreign-language English instruction. The Logic of English®️ provides unprecedented and powerful tools toward that goal. It just needs to be picked up and used.

Pictured: the author with Daniel, one of her students from Sudan. He had just completed teacher training with the Logic of English® Essentials curriculum, and was receiving a gift copy of Uncovering the Logic of English to take back with him as he returned to his home town to train others.